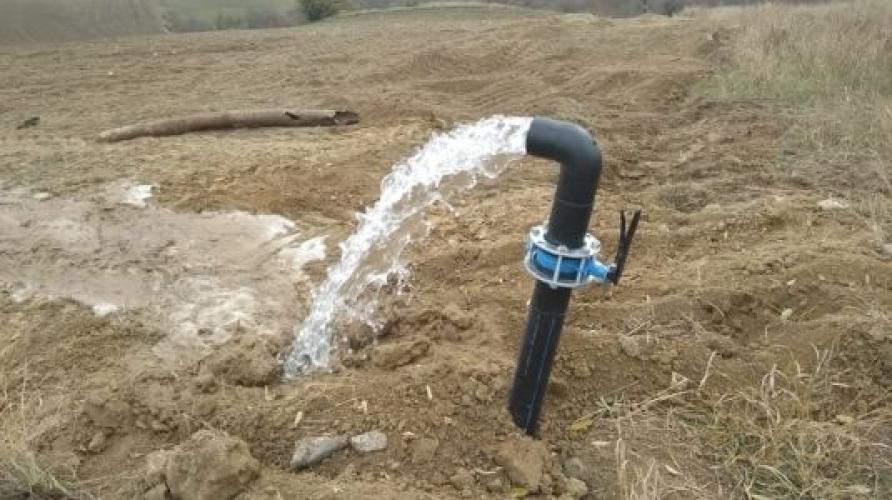 Yerevan, Armenia - The H. Hovnanian Family Foundation, together with the Government of Armenia, is actively involved in the improvement of water systems in Tavush region border villages.

Rural development is a part of the Foundation’s mission thus the design, construction, and modernization of irrigation systems in this border region is critical for providing a means of economic livelihood for the population there. The current lack of efficient irrigation systems, which has been limiting agricultural production and variety of products, is one of the reasons Tavush inhabitants have migrated into more urban areas, resulting in a further emptying of these strategic border villages. The programs will also have a direct impact on drinking water usage, as currently about 50-60% of drinking water is used for land irrigation.

Cooperation with the Tavush region began in 2020, when the Foundation did a 42,000,000 AMD pilot project in Varagavan. Because that project was successfully implemented, the Foundation then signed a memorandum with the regional municipality within the framework of a government subvention program for 23 more villages for an estimated 2 billion 300 million AMD investment.

It is envisioned that five new projects, in the villages Aknaghbyur, Achajur, Aygehovit- Vazashen, Berdavan and Chinari—all prioritized as top urgency—will be implemented by year end 2022. For 1320 beneficiaries who will have access to irrigation, this means an average increased efficiency of land cultivation by 70-80%, due to the projects implemented by the H. Hovnanian Family Foundation in 2021-2022.

Five more similar projects are slated to be implemented in the villages of Koghb, Bagratashen, Vazasen, Barekamavan, Khashtarak in 2023. Modernization projects undertaken from 2021-2023 will result in irrigation of an additional 5000 hectares of land overall.As Aghabek Galstyan, Head of the Department of Local Self-Government and Republican Executive Bodies of the RA Tavush Marzpetaran stated, “Hovnanian Foundation’s involvement and contribution is going to be something unprecedented in the region…”

However, the restoration of Tavush irrigation systems is not only for socio-economic benefit, but also of strategic-security significance. Most of the water systems feed the Kur-Caspian basin (Azerbaijan). During the Soviet Union period, four reservoirs were built for water storage, one of which is the Berkaber reservoir located in Ijevan region. Three others, Khndzorut, Tavush and Hakhum reservoirs are located in the Berd region.

During the Soviet Union, the above-mentioned reservoirs were built in the lowest zones, almost on the border with Azerbaijan, due to which Armenia's irrigation system was 95% based on pumping systems. As a result of the war, dissolution of the Soviet Union, and the ensuing economic crisis in the 90s, 90% of these reservoir infrastructures were left outdated or destroyed. As a result, it is possible for Armenians to use a very small part of these water volumes, as due to gravity they mainly flow to Azerbaijan, enriching the bordering regions of the neighboring country.

Thus, expansion of the irrigation system and the full use of water resources is also of great strategic importance in terms of having an impact on Azerbaijan. It is therefore considered a multifaceted strategic issue; it is considered the number one priority, which in its turn will lead to the generation of income that will solve many other infrastructural problems in the future.

Since the Foundation’s establishment in 1986, H. Hovnanian Family Foundation has earmarked over $75 million to hundreds of initiatives and projects for charitable, educational, scientific, cultural, and other related purposes with a primary focus on assisting Armenian communities worldwide as well as organizations in Monmouth and Ocean Counties in the state of New Jersey.