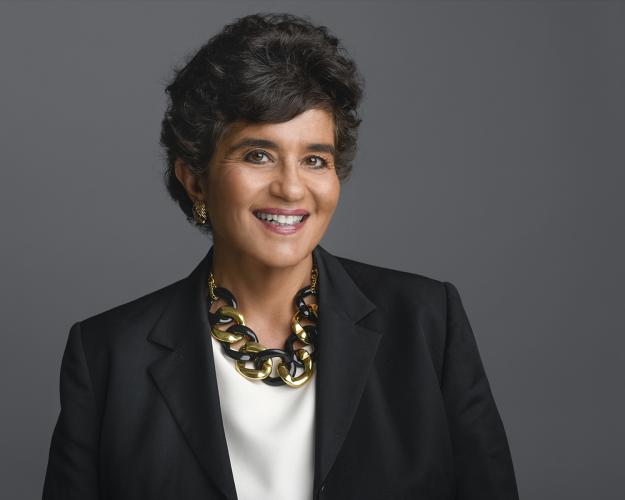 A Moment in Time: Distinguished Armenians across continents recount their reactions to the news of Armenia’s independence

Excerpt from the AGBU News Magazine "A Moment in Time: Distinguished Armenians across continents recount their reactions to the news of Armenia’s independence" January 18th, 2022

When Armenia declared independence, Edele Hovnanian was a University of Pennsylvania graduate and former investment banker who had joined the  New Jersey-based family business founded by her father, the homebuilding industrialist and Armenian philanthropist Hrair Hovnanian. She had already studied in Soviet Armenia in 1981 and had involved herself in some Diasporan organizations, most notably, the Land and Culture Organization (LCO). Intrigued with its mission to restore and refurbish Armenian historic and archeological sites around the world, Hovnanian took the lead to connect the organizers in France with the homeland. Though these efforts expanded and succeeded for over a decade, Hovnanian was otherwise focused on running the Hovnanian family of companies. That would change in September 1991.

“On the day Armenia declared independence, my father entered my office with tears welling up, saying, ‘I wish my father were here to see this day. You and I cannot let him down.’ Little did we know then how much a free and independent Armenia would impact our lives. I recall, in those first few years of independence, how we Diasporans visited the country as welcome relatives. The residents there had so much hope that we would be the solution to the myriad challenges facing them. There was so much change to be managed. How the people of Armenia survived those early days of rebirth speaks to their resilience—no jobs, almost no electricity or heat, and whatever money saved now worthless.

Five years later, I came to realize that we may have overstayed our welcome, as the people were no longer dependent on our advice. So I decided to bridge this vast crevasse that was now dividing the western Diaspora and Armenia. I founded a nonprofit called Birthright Armenia. The strategy is to bring young adults to live in Armenia for long term stays, living with local host families and experiencing the country as an insider, not as a tourist. Since then, over 3000 young Diasporans have taken the journey of a lifetime to discover or reinforce their Armenian roots and plant a stake in the land and in the people they have grown to cherish.

Because I remember so vividly what Soviet Armenia was like, for me today’s Armenia has come a very long way. But it is nowhere near its full potential. My hope is that, when we reflect back on the 50th Anniversary of Armenia’s independence, we will see a nation as we dream it can be. One of the last things my father told me, before he passed away in 2021, was this: “Do not be the generation to see the birth and death of a nation in your own lifetime.” Click here to read more...